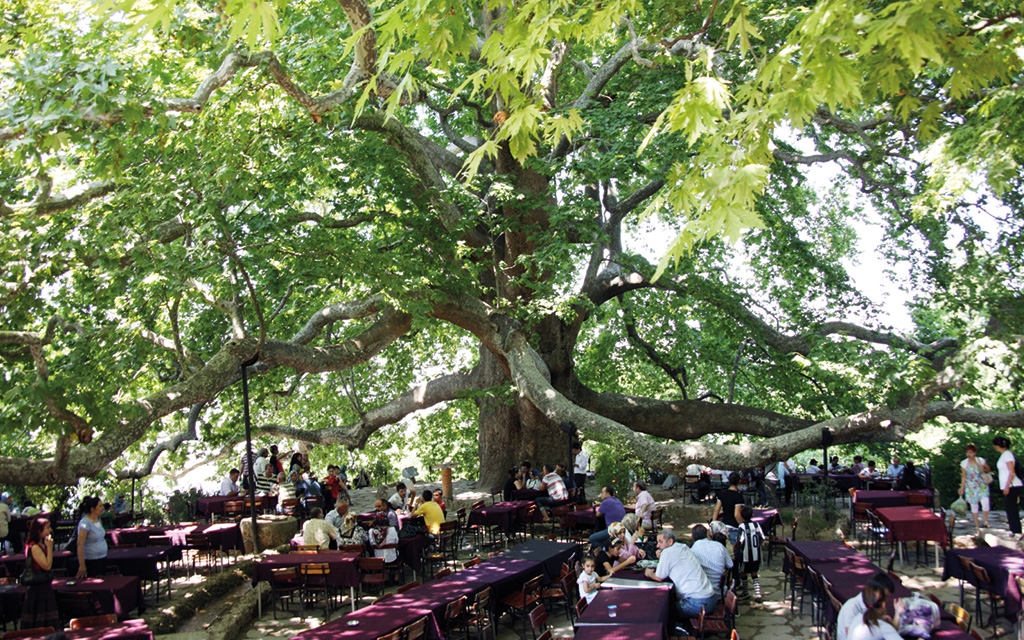 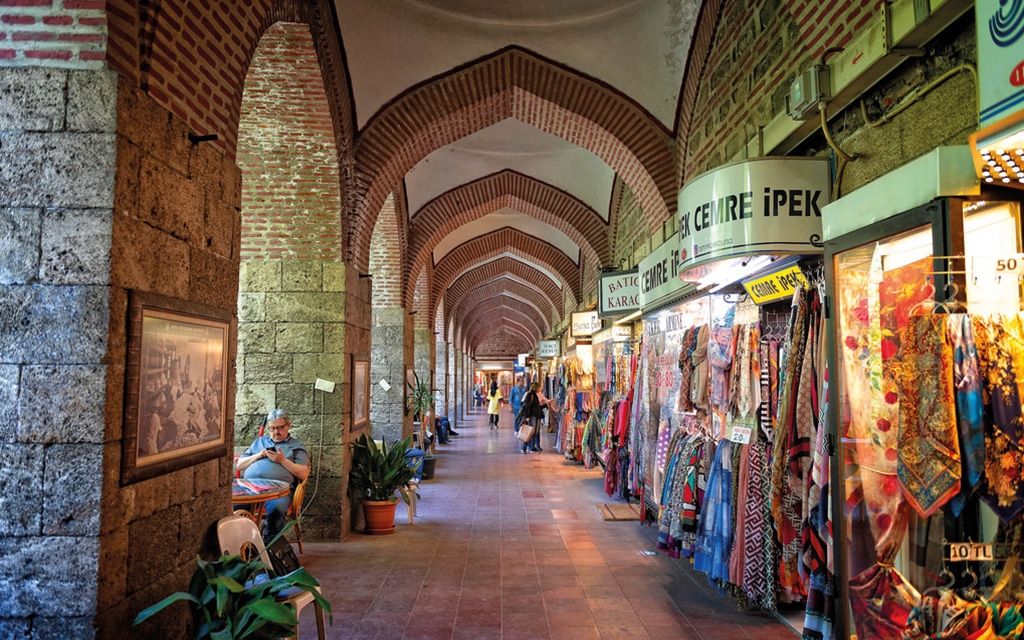 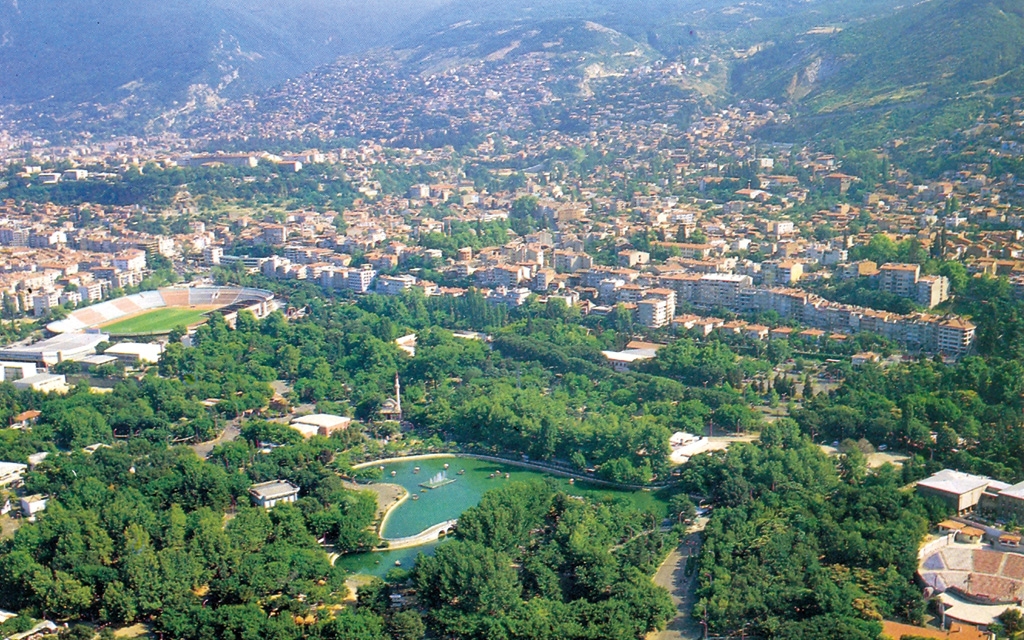 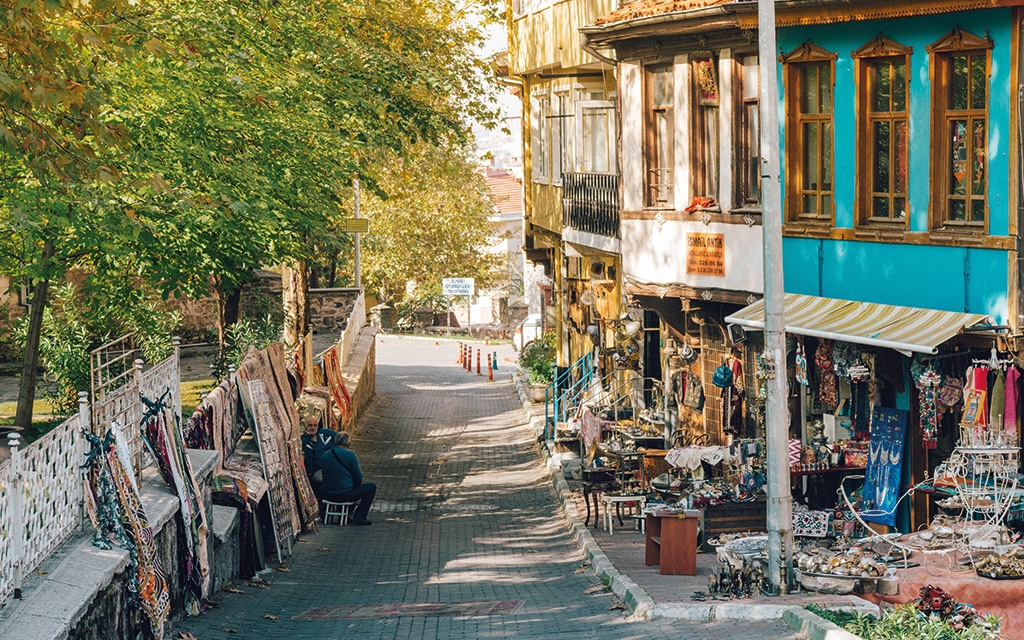 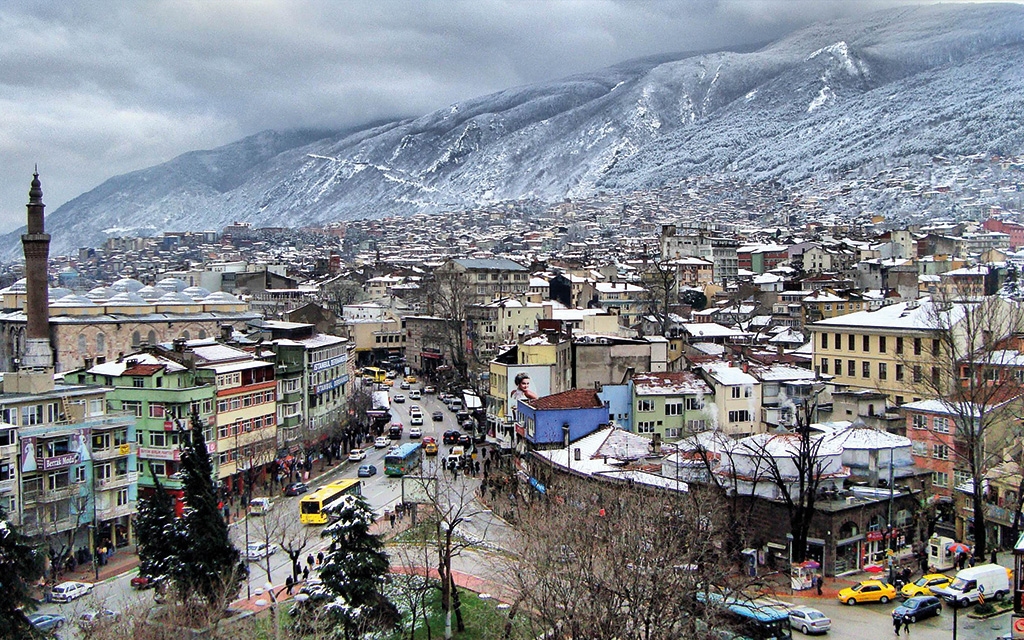 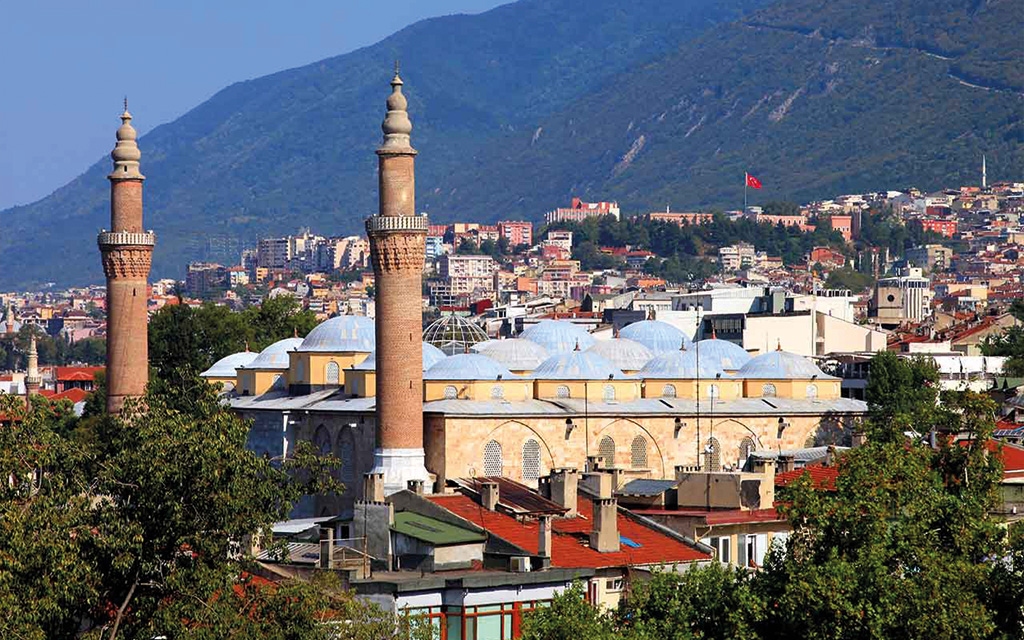 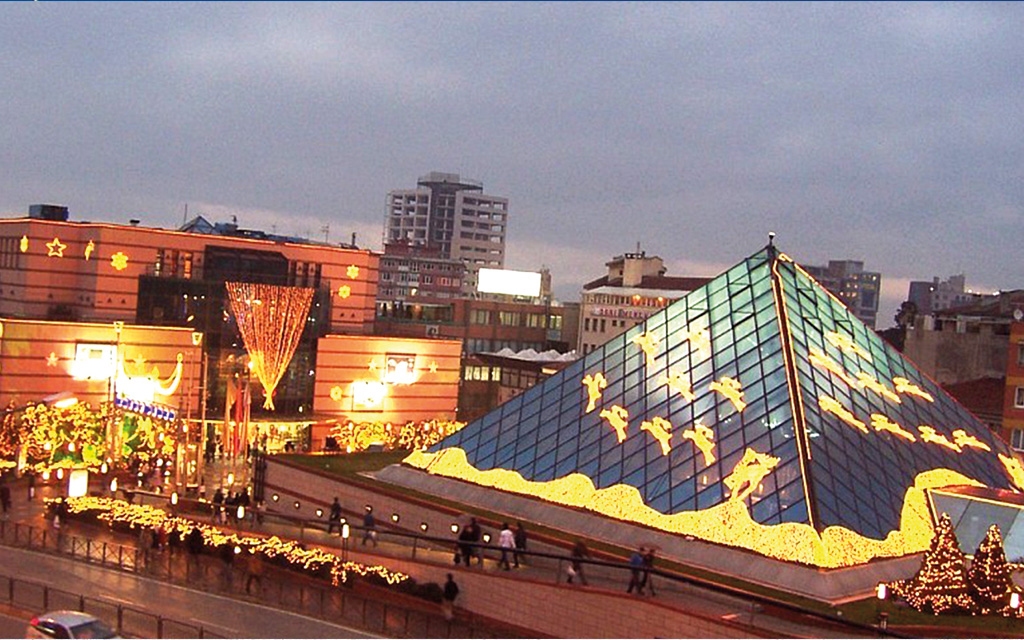 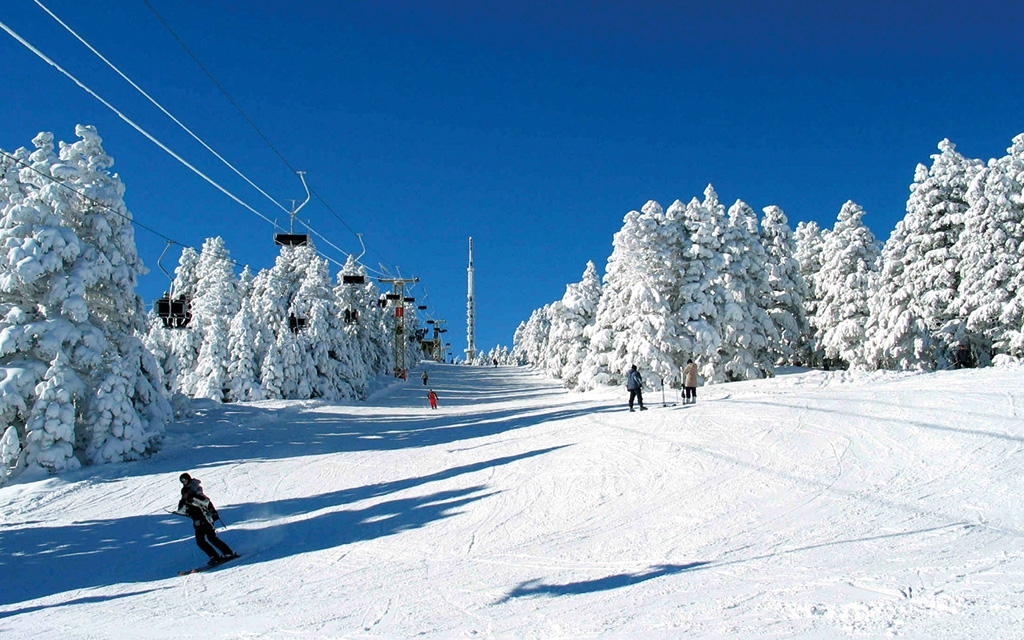 Most Popular Places ;
One of the most important aspects to pay attention while having one-day Bursa city tours beginning from Istanbul is to leave Istanbul without getting stuck in Istanbul’s traffic jam; for this, the departure from hotel must be 9:00 AM at the latest.
Bursa city tours beginning from Istanbul take 3 - 3.5 hours according to the traffic and road status; 45 mins or 1 hour of this trip is travelled by Ferry, according to the intensity of vehicle traffic. Settlements such as Eskihisar, Yalova, Gemlik and Osmangazi are respectively on the route while travelling to Bursa  Primary places to see and visit in Bursa are as follows 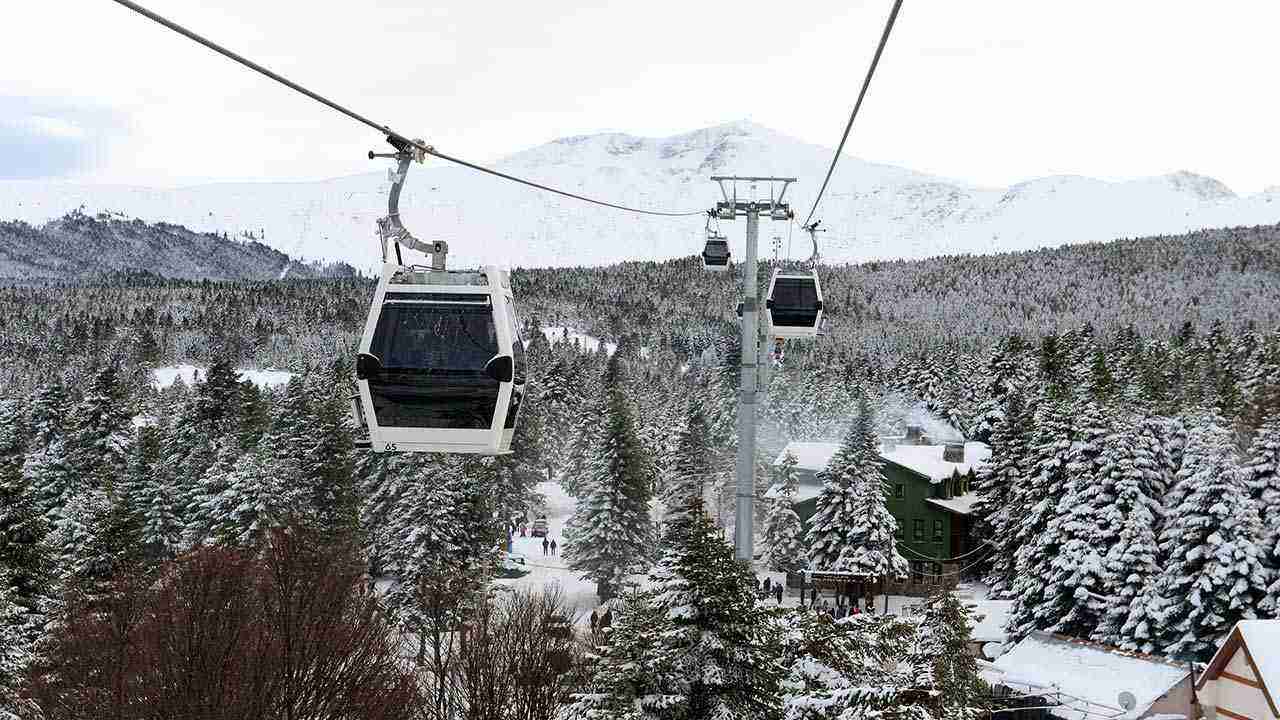 Bursa Cable Car serves with 140 Standard Cabins for 8 persons. On the cable car line operating with Detachable Gondola system, where 1 cabin arrives every 20 seconds, cabins entering inside stations slow down while arriving at landing areas, and the passengers are provided with an easy getting in and off. It takes approximately 18 minutes to reach Yellow Area.

BULVAR
It is known as a center of Restaurants and entertainment of Bursa City; it also accommodates a shopping and living center within its borders, such as Koru Park

CITY SQUARE
As well as it is known as the center of Bursa City, it also contains various city hotels. There is a shopping mall called Kent Meydanı right in the middle of the square.

KESTEL (WATER FALL )
It is located at a small village called Kestel, within 30 hours distance to Bursa city center by car. Thanks to its cute restaurants located by the stream, serving fresh black sea salmon, you can relieve your tiredness, caused by the road trip, in company with the sound of stream.

ULUDAG (MOUNTAIN)
The highest mountain of Marmara Region, Uludağ, is located within the borders of Bursa city. This tremendous mountain of 2543 meters height is a natural wonder, which is also the biggest winter and natural sports center of Turkey. Thanks to many hotels and accommodation possibilities within its border, it has the capacity for hosting thousands of domestic and foreign tourists all year long 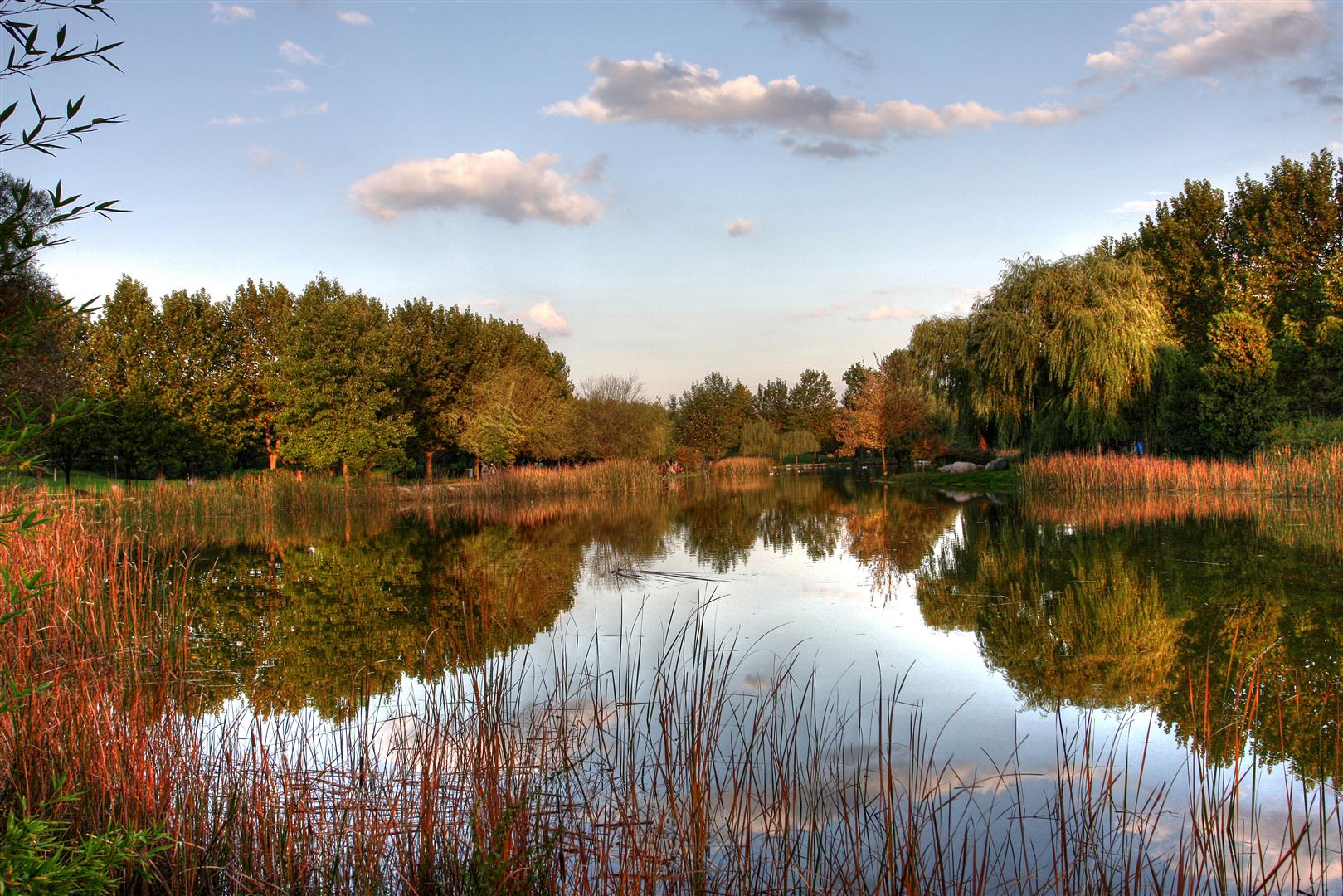 The park is built on the richest plain of Bursa. It is safe to say that the botanic park located on Soğanlı plain represents a huge green area of 400 thousand square meters. Embodying all beauties of natures, Soğanlı Botanic Park has 150 different tree species. Number of trees is approximately 8 thousand. There are 50 thousand ground covering plants in 20 different species, 6 thousand roses in 27 different species and many other plants.
Due to this feature of Soğanlı Botanic Park, researchers who want to scientific studies on floras and plants flood into the plain. Especially botanic photographers are among those who visit Soğanlı Botanic Park for the most.

ZOO
Bursa Zoo was designed as a world-class modern garden and built on 206,600m² area. Within the garden integrated with administrative buildings, animal kitchen, animal clinic and rehabilitation center departments, social facilities and training units, there are 11 ponds, 2000 trees, 50,000 bushes and 150,000 ground covering plants. In the shelters where nature-like environments were created, there are 700 animals in 95 species that are special to Turkey. The water-birds cage, lion cage and African savannah are shown among the best examples in Europe.
During your trip to Bursa, it is one of the beautiful places to see, where you can have a good time with your family.

GRAND BAZAAR
During Orhan Gazi’s era, the gaps between Hans (Inns) were covered with roofs, therefore, the concept of covered bazaars have started. In the later years, other bazaars such as Bibliopoles, Herbalists, İvaz Paşa, Gelincik, Sipahiler, Karacabey (Quilt Makers, Chest Makers) have been added in and constituted the Grand Bazaar. The Grand Bazaar which was completely burnt down in 1958 have been restored; it was not built with single-floor as it was originally; stores at street level on both sides of streets with second floors were built. The top of the bazaar was covered with modern methods. Leaving coverless after 1855 earthquake, İvaz Paşa and Old Coppersmiths bazaars were restored in 1960 and their tops were covered.
During your Bursa trip, it is a chance not to be missed that you experience the historical atmosphere of Ottoman Empire and see and buy traditional Turkish clothing and home textile products.
During the reign of Orhangazi, the hans were being covered by roofs and that's how kapalı Çarsı (meaning 'Covered market') have come to be what it is today. Later on Sahaflar, Akatarlar, İvaz Paşa, Gelincik, Sipahiler, Karacabey and Eski bakırcılar markets were added, and the kapalı çarşı emerged. In 1958, the Bazaar was totally destroyed in a fire and was rebuilt anew. It was not renovated on one floor as the original one, but the underground as well as stores and their second floors were used in this reconstruction. The upper floor was also covered in a modern way. In the 1855 earthquake, the roofs of the İvaz Paşa ve Eski Bakırcılar markets that collapsed, were renovated in 1960.

ULUCAMI
Covering an area of 2215 square meters, Ulu Cami consists of 5 sections each of which has four domes. The dome in the middle of 20 domes, which are almost at the same size, was built open. Raindrops coming from this middle dome covered with wire would gather in the pool and the light would enlighten the mosque. Today, as the dome is covered with glass, it has lost its rain water-gathering function but still enlightens the ground floor.
The black cover hanged on a high spot on the right side of the Hutbe is the cover of Ka'ba door. Becoming the Khalifa after Egypt campaign, Yavuz Sultan Selim undertook the restoration in Mecca, in the meantime, he changed the cover of Ka'ba with a new one brought from Istanbul. Yavuz brought the old cover to Bursa and gifted it to Ulu Cami, and hang it by carrying it in his own hands. This cover embroidered with Quran verses with pure golden remained in good shape for centuries.

ZAFER MEYDANI
Zafer Square is a very energetic region in city center, with various cafes and tea houses around, where you can easily walk around and do shopping. If you like to meet with local craftsmen and witness their sincere chat, you should not miss this opportunity.

YEŞİL CAMİ (GREEN MOSQUE)
The mosque located in Yeşil district was built by Çelebi Sultan Mehmed in 1419. Being one of the “Inverted-T” planned mosques, Yeşil Cami is one of the most beautiful historical buildings of not only Bursa but also Turkey. The architect of the mosque was Hacı İvaz Paşa. In the building, there were also used some building materials from Byzantium period. The crown gate at the entrance of Yeşil Cami is a beautiful product of Turkish stone carving. In this mosque, it is possible to see the best examples of woodwork in Bursa city. Window lids are good examples for period’s woodworks. There are very fine ornaments on its cusped domes, which you might not see in other mosques. There is a beautiful shadirvan in the mosque. The one-piece fountain of the shadirvan is uniquely elegant. Researcher and Traveler Charles Texier says that this building is unarguably the most excellent work of art of Bursa, or maybe of the Ottoman dynasty. Historian Hammer wrote that the minaret and domes of the mosque were furnished with porcelain tiles. Evliya Çelebi addresses that the reason for naming this mosque “green” was its minarets and domes covered with green porcelain tiles. 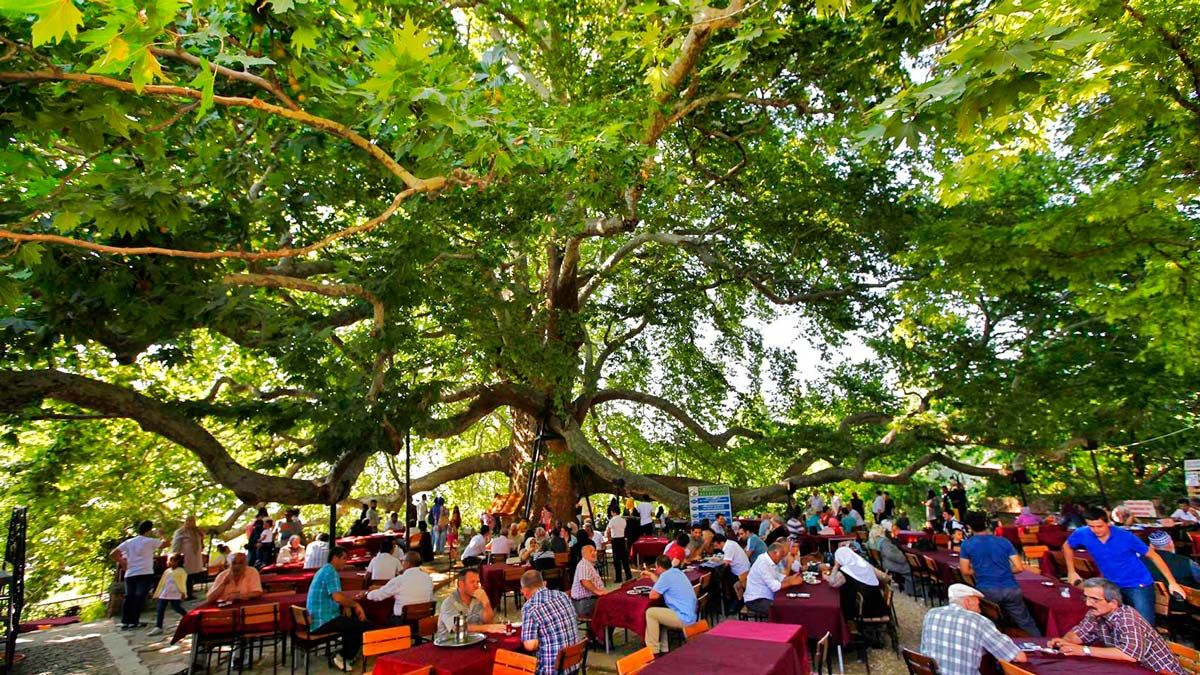 In the Inkaya village located on Uludağ road in Çekirge, 598-years-old plane tree known with the same name is world famous. Named after Inkaya Village located on Uludağ road, which was one of the first villages of Ottoman Empire, the plane tree has 13 main arms. Height of “Inkaya Çınarı (Plane tree)” is 35 meters. With 3-4 meters thick branches and its perimeter length of 9.2 meters, the plane tree is one of the oldest trees in Turkey.

DEPARTURE FROM HOTEL : 9:00 AM BOARDING